Hello dear readers, What a fabulous Cover Reveal I have for you today, Cloth of Grace by Rachel J. Bonner! Take a look at this fabulous cover, read about the book and series, and get to know the author!  It looks like a fantastic book you won’t want to miss!  ~ Rose

When the fate of the world rests on your shoulders, how do you choose between
what you ought to do and the only thing you really want?

Leonie finally knows who she is. But now she needs to decide who she is going to be. Her choice will affect not just her family, not just those she knows but tens, hundreds of thousands, millions of people that she doesn’t. And every path that’s open to her will put Perry under the pressures that caused his breakdown before. How can she do what she must and still protect Perry?

Perry desperately wants to make things easier for Leonie. Somehow he has to find the strength to face the things that all but destroyed him in the past. But every way he turns some aspect of his past lies waiting to pounce – even during his happiest moments. And he can never forget that Leonie’s life is in danger from someone, somewhere.

Gabriel has managed to negotiate peace, at least in theory. Now he must put that into practice and reunite Leonie with the family she never knew she had. Then disaster strikes right in the middle of his own sanctuary. Can he still protect those he loves, or has he been harbouring a villain the whole time?

Amazon US / Amazon UK  / Other Retailers

Check out the rest of the books in this series! 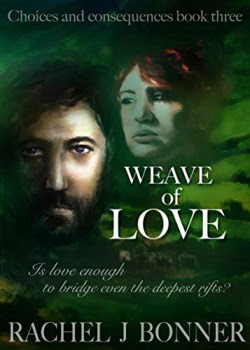 What if the choice you have to make has devastating consequences for others?

How can anyone know the right thing to do?

Leonie chose to sacrifice everything to save other people. Now those around her have to face the consequences – and those consequences are not what they expected.

Prospero must deal with his own guilt. He was the one who gave Leonie the tools she needed – her life was in his hands. To make the most of what she did, he will have to face up to all the family issues he has avoided for so long. Whatever he chooses to do, someone he loves will be hurt. For Leonie’s sake, is he now strong enough to make the choice he couldn’t make before?

The crisis predicted by Lord Gabriel has come and gone. But his task isn’t over. Leonie’s very existence may be out in the open but Gabriel discovers that the past is never what it seems – and nor is the present. How can he use what he now knows to bring together those who have been enemies for as long as anyone can remember? If he fails in this, everything he’s had to do so far will be in vain. 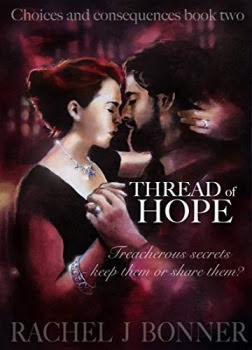 What if your secrets are so dangerous they could destroy the one you love?
Is honesty always the best policy?

Leonie may have run away but Prospero will find her. He loves her and he wants a future with her by his side whatever the consequences. Only when he does find her, he ought to tell her who he really is, outside the monastery. That’ll make her run again. Dare he risk it? But if he doesn’t tell her, someone else may…

Marriage to Prospero is what Leonie wants most and the one thing she knows she can’t have. If he found out what she was really like, what she’d been, what she’d done, he’d despise her and she couldn’t bear that. Better to leave now than live a lie – but it’s harder than she expected. If only…

Gabriel is starting to discover the secrets inherent in Leonie, secrets that not even she knows, secrets that will tear the world apart. And the secrets he is keeping are tearing him apart. How can sacrificing those he loves possibly achieve peace when everything he discovers risks the death of millions? 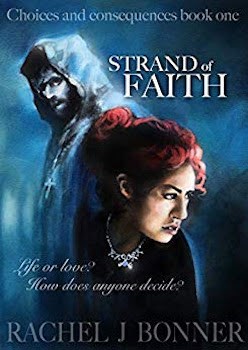 A girl. A monk. An unthinkable sacrifice.
When the choice is between love and life, how can anyone decide?

In a post-apocalyptic future, a girl and a monk, both with extraordinary mental powers, have compelling reasons not to fall in love. But their choices will have consequences for the rest of the world.

After the troubles of his youth, Brother Prospero has found comfort and fulfilment in the monastery. Then he discovers something that forces him to reconsider his whole vocation. How can it possibly be right to leave a life of worship and service for human desire? And if he does leave, will the pressures from his past destroy him?

Orphaned and mistreated, Leonie has found sanctuary and safety at the Abbey. When she comes into contact with Prospero everything spirals out of her control. Everyone she’s ever loved has died. She can’t do that to him. But how can she walk away from the first place she’s truly belonged?

Abbot Gabriel is faced with an impossible choice. He can do nothing and watch the world descend into war. Or he can manipulate events and ensure peace – at the cost of two lives that he is responsible for. Is he strong enough to sacrifice those he loves?

But for the cover reveal and launch of Cloth of Grace Strand of Faith is available free from Bookcave but requires a subscription to my newsletter.

Rachel J Bonner is the author of the compelling and enthralling four book Choices and Consequences series.  The first book in the series, Strand of Faith, was published in November 2018. Book 2, Thread of Hope, released on 2nd May 2019, followed by Weave of Love on 24th October, and Cloth of Grace at the end of February 2020.

Getting a degree in engineering, followed by a career in accountancy is probably not a conventional path to becoming an author, particularly in fantasy or romance.  Rachel says that, although accountancy isn’t anything like as boring as everyone thinks, writing is a lot more fun.  When not writing, she can be found walking in the beautiful countryside near where she lives, which has influenced much of the scenery in her books, or shooting things with her local archery club.  Shooting targets only, honest.  Nothing to worry about. (Okay, sometimes we shoot Polo mints. Or cabbages. Still nothing to worry about.) 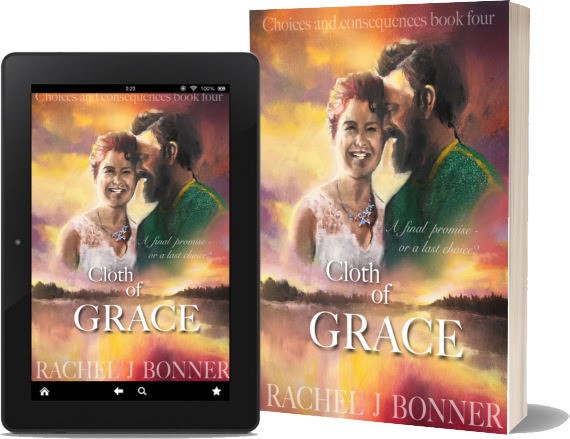 Follow Rose is Reading on WordPress.com
Wordgazing and Magic

Book Reviewer, Avid Reader and Bookworm. Campaigning to link more readers to writers. People do not forget books that touch them or excite them—they recommend them.

A journey through life in Southwest France

Love Books & Your Children Will Too

Stories and photos from Scotland

from two ladies who love to read

Romance with a mystery to solve

Stop In For Snippets of 18th and 19th Century History

"If you have the words, there's always a chance that you'll find the way"

Victoria's words
Thoughts of a Blonde